When recently I strolled through the streets of Rotterdam, hungover from the Eurovision Song Contest, I suddenly stepped in a puddle. My entire right leg was soaked and especially my sock which is always so terrible to have to endure, a wet sock, a wet foot. Cursing both my foot and the puddle I was intent on going back home, when casting a mean look upon the puddle I noticed a hopeful smile forming in the water. It was as if it were saying: ‘oh, don’t worry about trampling me.’ The puddle was right. Since I think more people could use such a change of perspective I made the Happy Puddle, in an edition of fifty. They will be presented and sold by Post Modern Collection during OBJECT Rotterdam from 1 to 4 July. 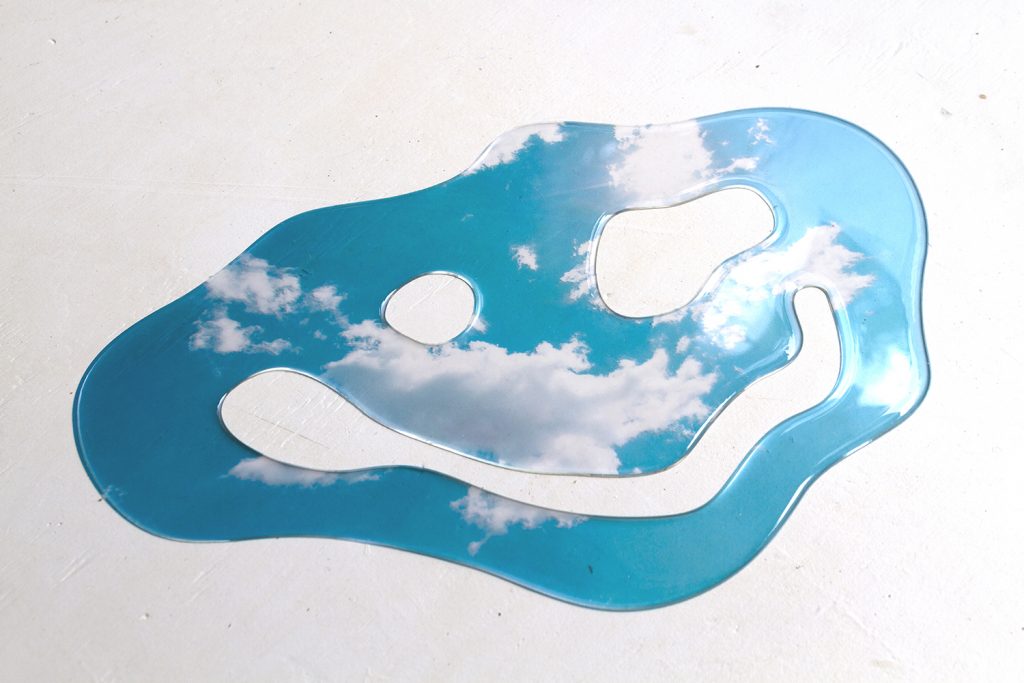 The Song Contest was a big success too. I worked together with Pameijer and Rotterdam Inclusief to adapt six thousand tote bags from the cancelled 2020 festival to the 2021 edition. The national Dutch news channel NOS broadcasted an item about it by regional news channel Rijnmond, after which the tote bags sold in a matter of hours. 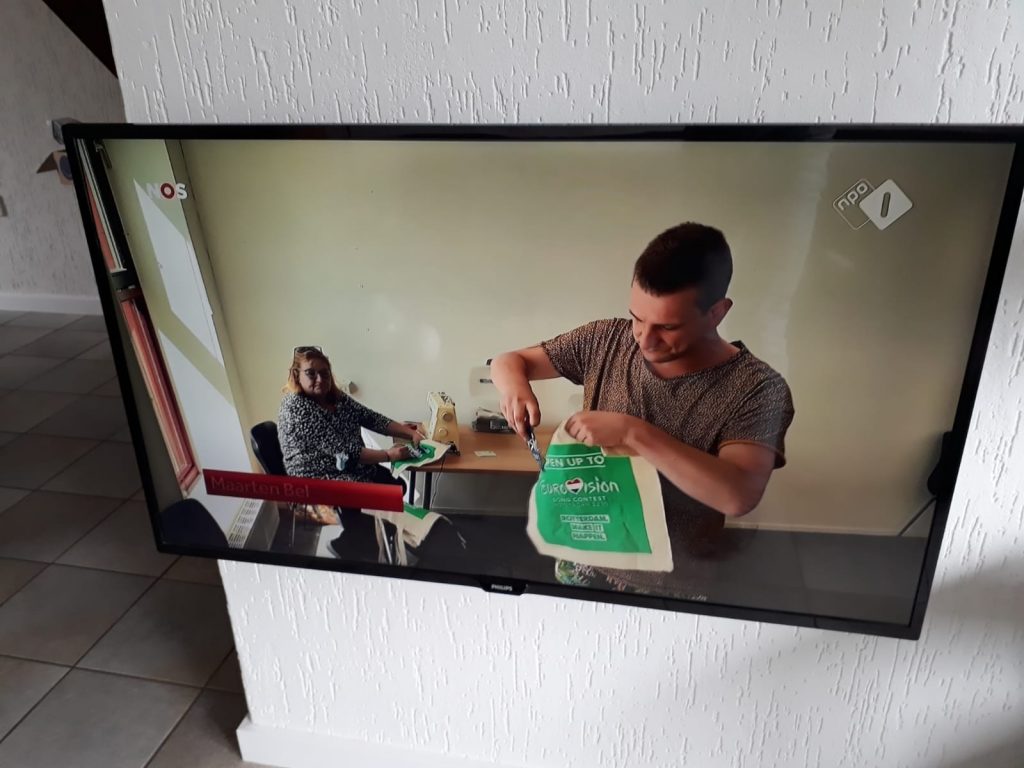 To anyone having a hard time because their country got eliminated from the soccer EURO 2021, I would recommend moving to Schiedam-Oost. Stedelijk Museum Schiedam and I recently launched a project similar to the worn-out football cards, but with regular citizens in the spotlights. In other words, more socially relevant. They are available at most local stores and shops. 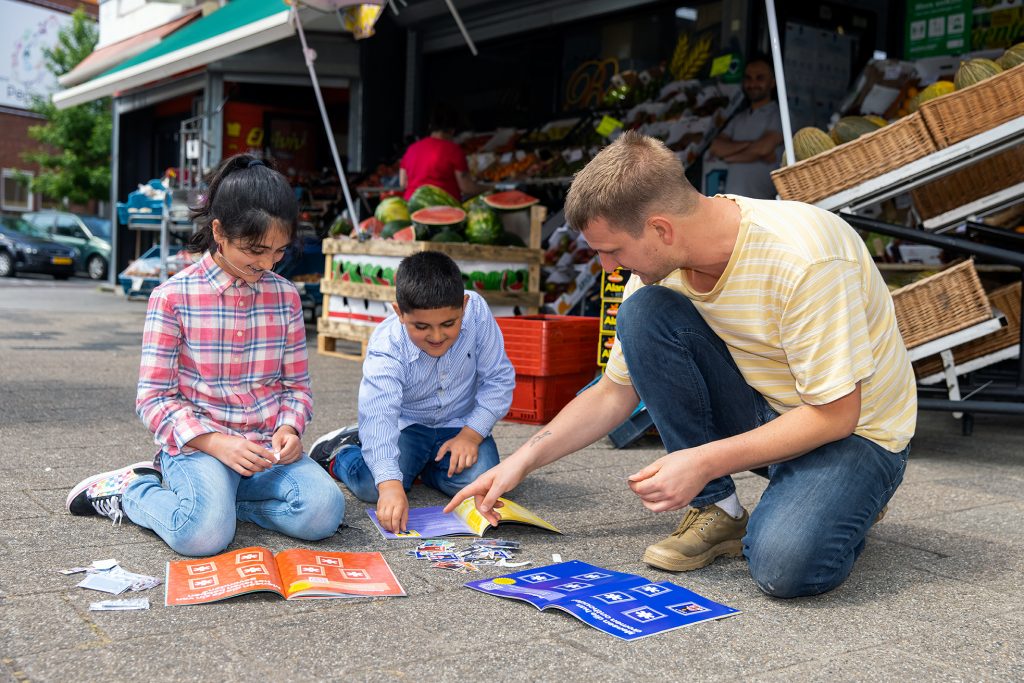 For those who care more about sports than about Schiedam and its citizens, there is always the option of 4K HD paint on canvas. From 6 to 15 August, Pip Passchier and I will be driving the mobile This Art Gym through all of Amsterdam. Artists exhibiting at This Art Fair will show sports-themed artworks in the back of the truck, and there will be ‘active’ workshops for children. Beer for soccer dads can be had at the local supermarket. 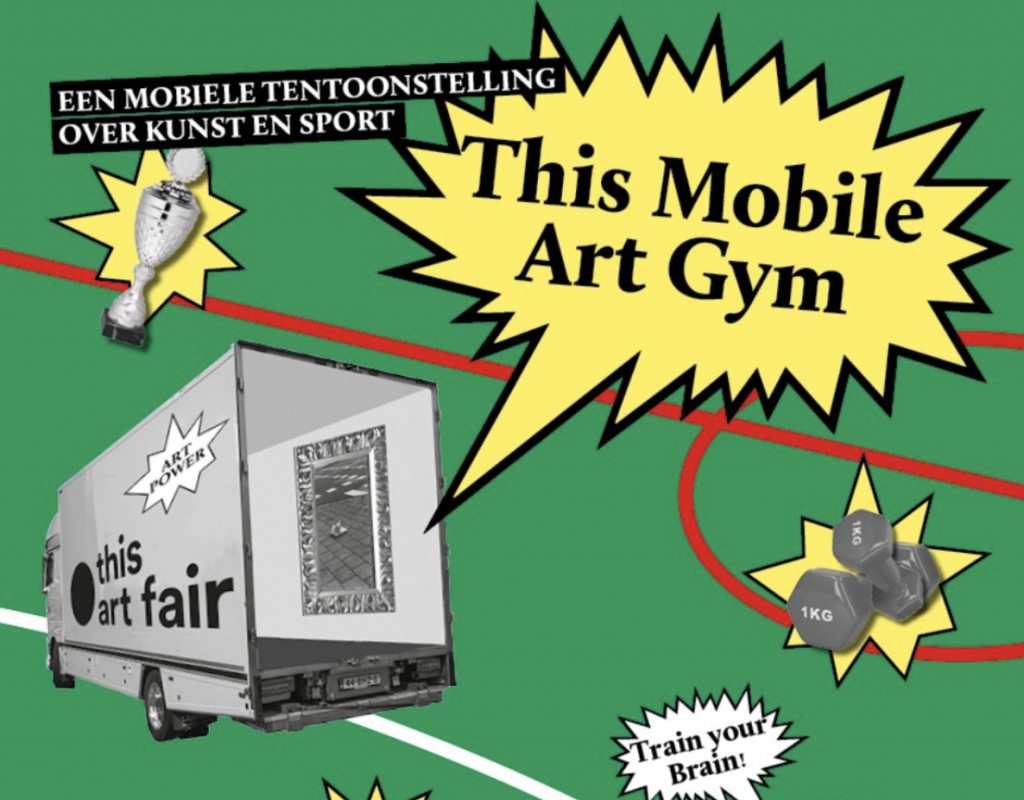 Some thirty days earlier I will be moving to the Vondelpark, where I shall live in a beer can left by one of the aforementioned soccer dads. Can you imagine me in a beer can travelling through time? This year I have been elected gnome of the Vondelpark (by myself) which means that during Kunst aan de Schinkel I, the gnome, will discuss with passers-by their views on imagination, discarded beer cans and children who don’t put enough effort in soccer matches. Aside from active workshops there will be a number of passive workshops too, and you can help cook food for the homeless. Point(y hat) of the enterprise is helping grumpy old people resuscitate their imagination. 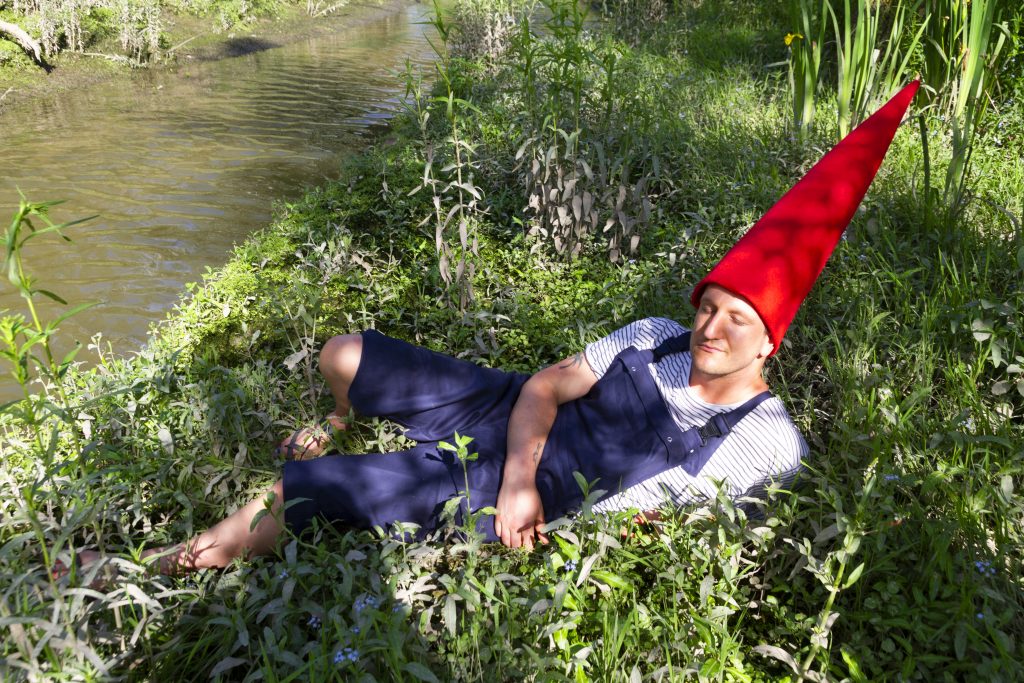 Finally, anyone who understands Dutch can now watch all episodes of the series Maarten komt in actie for television channel Open Rotterdam online here. In the series, I (Maarten) take action against everyday vexations, but with a creative twist. World famous Dutch writer Paulien Cornelisse makes an appearance as voice-over and received a borduursel from me after the collaboration. 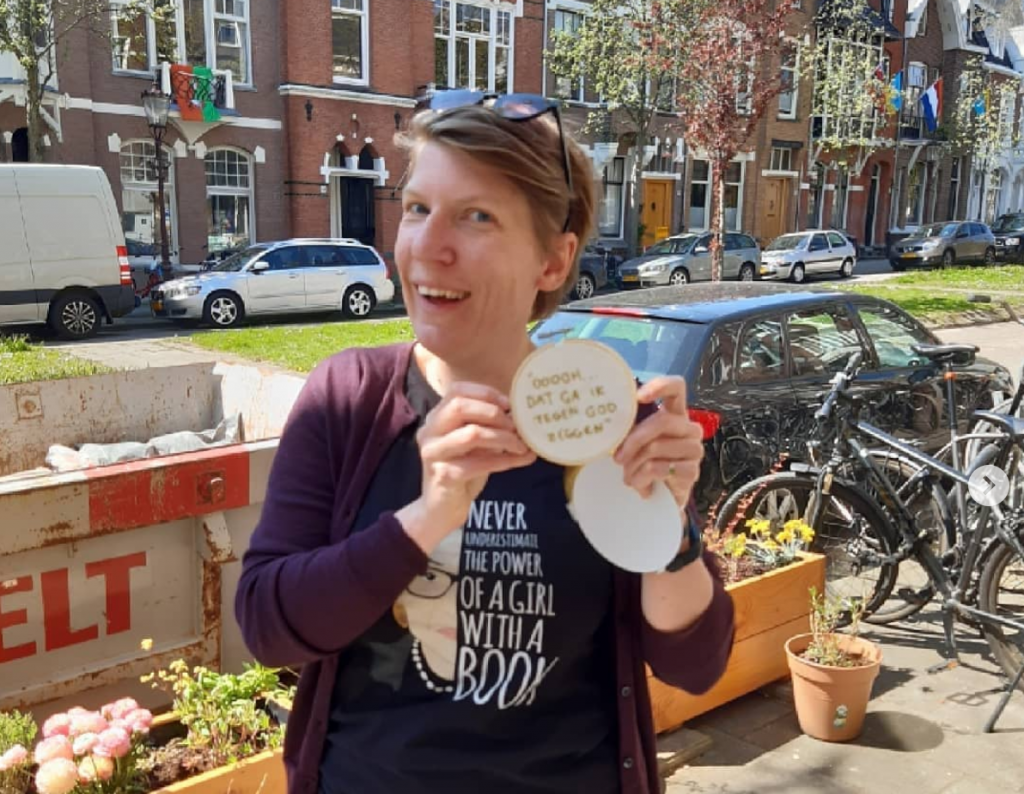 Reason enough to watch the show and buy one or more borduursels. A poster with my collection of Party Sandwiches can be had here for just €15. 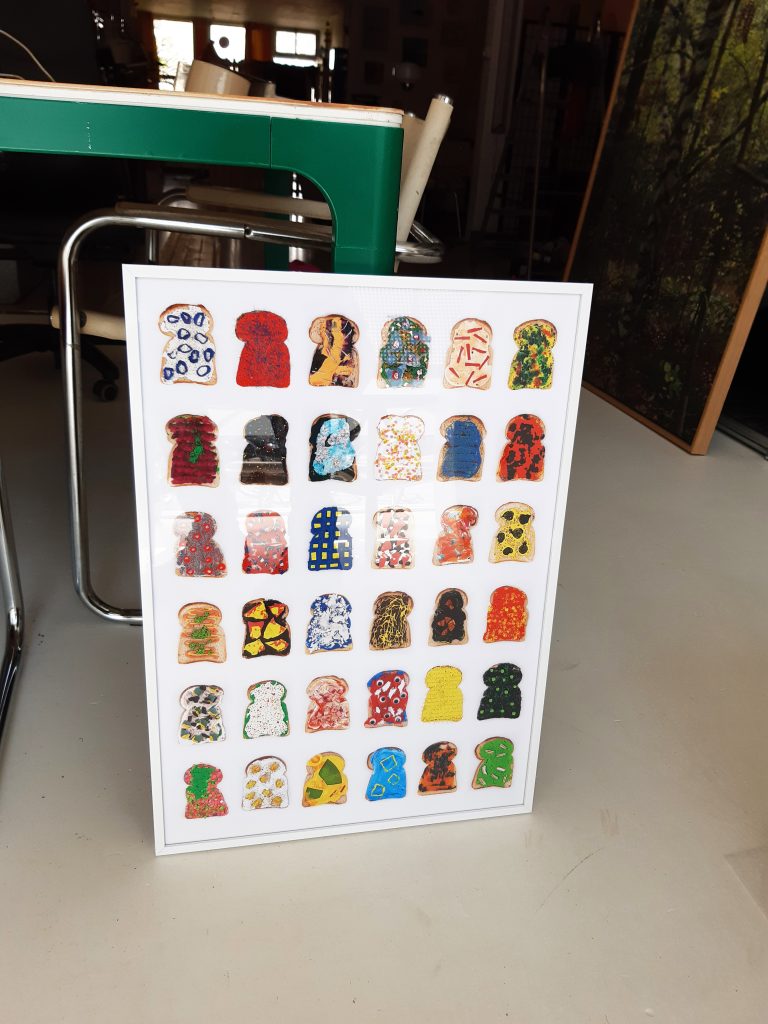 I look forward to receiving your admiration (and money).